Maureen Fleming mesmerizes in ‘B. Madonna’ 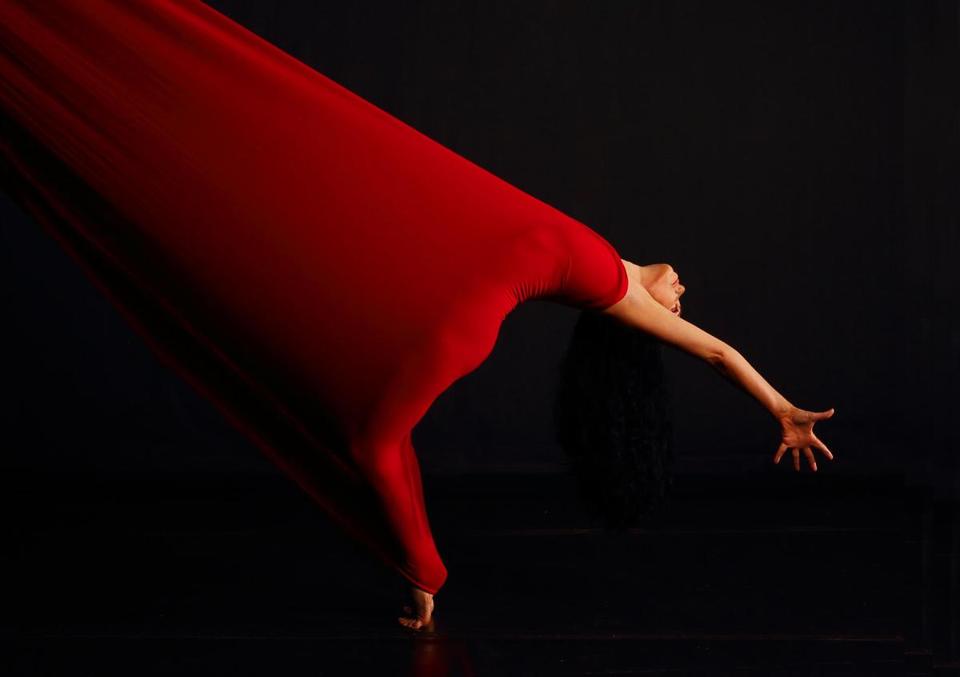 Maureen Fleming has been doing “Black Madonna” pieces and programs for some years now, in salute to the Virgin Mary and to pagan goddesses ranging back to the Stone Age. “B. Madonna” (2013), the 100-minute work she brought to the Institute of Contemporary Art’s Barbara Lee Family Foundation Theater Friday, in a World Music/CRASHarts presentation, was at one time titled “Persephone: O Black Madonna,” and it proposes that the Greek goddess of the Underworld was one of those early black madonnas. The conceit doesn’t really materialize onstage, but Fleming, now in her early 60s, is as mesmerizing as ever.

Born on a US Navy base near Yokohama, Fleming spent the first three years of her life in occupied Japan. When she was 2, her mother hit the brakes of their car to avoid a bicyclist; Fleming went through the windshield and suffered spinal damage. Her recovery motivated her to study the movement of the body and become a dancer. In a style that incorporates the Japanese dance-theater form butoh, she performs naked, sometimes encased in flowing diaphanous fabric, usually in contorted slow motion. “The body is my instrument,” she has said. “The flesh is the costume of the soul.”

At one point, Fleming is sheathed in a long red fabric from which she struggles to escape; we also see her descending, upside down, the stairs. And Odo’s appearance in “Man on a Bicycle,” where he brandishes a staff like a samurai sword while we hear the story of Fleming’s accident, is meant to suggest Hades. But for the most part, there’s only the text (“Hades transforms my pain into pleasure”) and Fleming’s extended program note to tell you that “B. Madonna” is supposed to be about Persephone.

“B. Madonna” should be, and in fact is, about Fleming. The evening’s centerpiece is “Axis Mundi,” where she lies on one side and, over a nearly 30-minute span, twists and turns in a way that posits the spine as the axis of the world. Elsewhere, she backbends into a sphere, contorts her body in such a way it looks like an amoeba, or an atom. As earth goddesses go, she’s the real black madonna.

Jeffrey Gantz can be reached at jeffreymgantz@gmail.com.